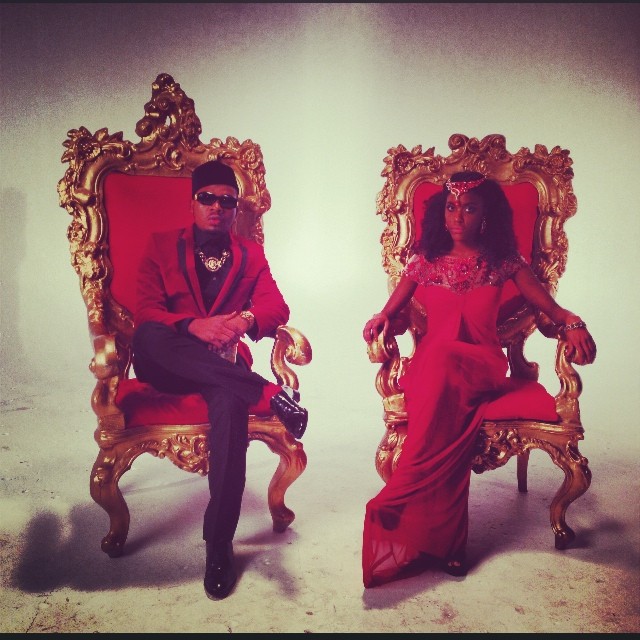 “I’m not gonna tell y’all one more time to watch it with the name calling.”

And just like that, I knew that my idyllic safe haven of a fun Facebook group had gone on to glory.   Someone added me to the group, and once I saw the subject matter, I didn’t object – which was huge for me.  I’m not really a fan of groups – open, secret, closed, hidden, or otherwise.  I’d been added to several; I left them immediately.  I’d been invited to several; I ignored the invitations.  But this one was different, it was fun. It was seemingly comprised of black women, around my age, discussing or better yet, tearing to shreds, something we all enjoyed.  These chicks were, and are, funny, witty, smart, stupid, entertaining, ratchet, classy, trashy and cool.  Once in a while, someone would craft a post about how happy they were to be in the group, a group without drama, messiness or the typical fuckshit that comes along with the congregation of people from different walks of life.  These groups are no different than high school, sororities, frats, the workplace, nor the old lady crew that holds down the first pew at the sunrise service.  Gangs. With an unfortunate hierarchy.  The whole lot of them.  They all eventually start to eat their own. Armed with this knowledge, I was saddened, but not surprised when my utopia ended.

Not to get into specifics, because I wouldn’t, but, someone did something, then someone told they did it, then the someone they told it to, said something to the first person that did something, which led to someone else contacting the person that the thing was told to in hopes of  finding out who told them, but that person wouldn’t tell who told, so the person that contacted them brought it back to the group and told us all. Madness ensued.  Who told the thing that the first person did to the person they told it to who wouldn’t tell the person who contacted them trying to find out who told the thing that the first person did?  “Who is in contact with all of these people?”  “Oh, only this person, that person and Them, know both sets of us.”  “Well that person said it wasnt them.”  “Musta been that person cuz Them, on second review – Them dont know both sets of us.”  Then the person that did the first thing left the group. Then the person who was trying to find out who told in the first place invited others to leave if they ain’t like it.  Then other people chimed in bout the person who left and the other people that may have initiated the betrayal.   Folks were invited to block other people if they ain’t feel safe, as if the fucking  28 pages redacted out the 9/11 Report, social security numbers, the location of the fallen Malaysian airliner, passwords, their STD screening results, credit scores, Rihanna’s secret phone number and the princess’s name ol boy screams out at the end of  The NeverEnding Story were shared in a fucking Facebook group. OY VEY!

Shade was thrown.  Damns went out the window. And names were called, which led to the opening statement of this post.

High School.  Told ya.  A classic whodunit over a whogivesafuck.

I am forty.  I say that often in this space.  What I do not say, but what I am sure some of you can surmise is the fact I can also be a raging thin-skinned bitch, which Tony would say qualifies me greatly to be an admin.  So even if the admin of this group meant, “Hey guys, name calling isn’t cool, lets just chill on that and be adults and move forward with our fuckery and have fun!”  MY THIN SKINNED ASS heard “Bitches, call one more muthafucka a name and its gonna be a muthafuckin problem in this bitch, muthafuckas.”  I do not respond well to that type of instruction.  But, regardless of my propensity to get a muthafucka ALL THE WAY TOGETHER using words that will sending them running to Merriam, Webster, the Urban Dictionary and Jesus, I don’t enjoy conflict, nor arguing with folks on the internet, especially those that I do not know personally.  Needless to say, my time in the group has come to a likely end  – its bullshit met with my silence.  I’m sure I’ll be removed soon and that’s fine.  I had an excellent run and so many laughs.  I’ll honestly miss some of the folks in there, but I know them in regular Facebook, so the hits will keep on coming.  I wish the ladies in that group well, but when a comment makes my cheeks burn, its time to go.

I was initially gonna write about this, then decided to let it go, not wanting to ruffle any feathers, nor make any enemies out of former compadres.  But then I ran across this post by my stupid friend/guest blogger Tony and my fingers got inspired……

After I cleaned the off the Coke I spit out on my Macbook screen, I asked him aboard cuz my own experience in a group and the experiences I hear about have left me asking this very question.

Mark Zuckerberg and his other rich friends are looking for Facebook Group admins to help monitor mostly insignificant social groups and ensure that no one posts a flyer that is not supposed to be there or disagrees with ANYTHING one of the almighty admins says. You must have lots of free time, very thin skin (Mya) and have been super unpopular in high school (Not Mya) and at the college promoted by that Master P and Lil Romeo. This job requires 0% travel and you must remind group members that you are an admin at every opportunity. The pay is competitive and commensurate with experience but usually averages around ZERO DOLLARS per year. If this sounds like you please use your Cricket Wireless phone to email us at GetALife.Loser and include your resume and examples of the last 6 petty things you got mad about and how you made the situation worse. Good luck.

Mannnnnnn, why are these admins in some of these social groups on Facebook so vigilant and combative??? Are they recruiting Ex-Navy Seals or something to keep us common folk in line?  I got an interesting inbox from an admin the other day and it wasn’t the 1st time that it went down in my DM because DEAN BIG BROTHER ALMIGHTY admin didn’t like one of my posts. My 1st instinct was to let them have it but I’m trying to get into heaven so I let it ride. I’m just super curious as to what kind of perks or deferred compensation plans these positions come with. Is there an admin only yacht that I get to use on weekends? Do I get to buy Jay Z’s response album Kool-Aid before it hits stores? Better yet, maybe ill save 15% on my car insurance by becoming an angry admin. Dude/Ladies please lighten up some. Isn’t social media supposed to be fun, lighthearted, and a way to network? Shouldn’t a business owner be allowed to tell others about their business (in a non- annoying way of course). Do we really need somebody giving us checks on our report card for Self Control when we don’t follow a rule inna damn social media group.? Please give me a break. If you want to be important go mentor an at risk youth, or volunteer to feed the homeless or stop shopping carts from dinging up cars in Walmart parking lots. Do anything other than jump in peoples inbox because they didn’t post in AP format like the group rules specifically stated in the pinned post. Above all. Get over yourself.  Man homey, in high school you clearly wasn’t the (wo)man homey. See you at the Admin of the Year Awards.

Mya’s Note: If  ya feeling petty: SCREENSHOT THIS! 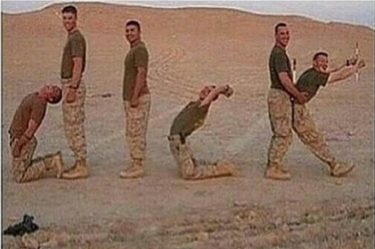 Dumb Shit on the Internet I Can’t Stay Silent On…..